Dr. Preet did his MBBS training from DMC-Ludhiana, Punjab from 2006 to 2010. He did his Compulsory Rotatory Internship from 2010 to 2011 partly from GMC Patiala and partly from DMC, Ludhiana. Having an interest in Ophthalmology from early childhood, he decided to pursue his post- graduation in the same field. He did his MS-Ophthalmology from 2013 to 2016 from DMC-Ludhiana and passed his MS Examination with flying colours. He had developed a keen interest in Retina during his postgraduation days and wanted to train at the best possible institute in India. He was awarded the coveted fellowship in Vitreo Retina from the most premier institute of Ophthalmology in India, Sankara Nethralya, Chennai, which is the only eye hospital from India to make into the Newsweek Best 100 Speciality Hospital of the world 2020. He got trained in medical and surgical retina under the best doctors of India. His rigorous training from Oct 2016 to September 2018 at the institute helped him gain experience with the latest technology and equipment available in the country today. After graduating from this premier institute, he did his Senior Residency from Christian Medical College and Hospital, Vellore which has consistently ranked in the best 5 Colleges of the country year after year. At CMC, he was mentored specifically in SICS ( small Incision Cataract Surgery), Uveitis and Medical Glaucoma.

Then, he joined the ASG Group of Hospitals as a Vitreo Retina Consultant where he medically and surgically managed the retina department at Raipur and Kanpur. After gaining loads of clinical exposure and managing hundreds to thousands of retinal problems, he is now available for the service of people of Patiala. He has a special interest in ARMD (Age Related Macular Degeneration) and Diabetic Retinopathy and offers the best and latest treatments for the same medically and surgically. Another special area of his interest is ROP (Retinopathy of Prematurity) in which he has worked extensively at CMC, Vellore and ASG group of Hospitals.
No Video Uploaded you can watch other videos uploaded on Eyecarehelpline.com 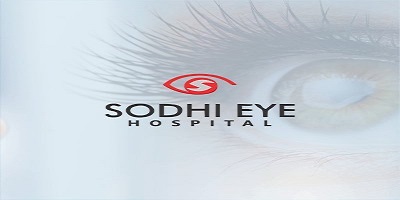