Video Blog
Cataract: The Biggest Cause of Blindness in India

What is cataract?
Cataract implies an eye condition which entails clouding of the lens in the eye which could occur on account of protein in the lens breaking down and clumping together leading to a blockage and weakness in vision. If not intervened at the opportune moment, it can even cause permanent blindness. Because it develops slowly, chances of being identified earlier is slim and as such it poses a silent threat to the long-term health of our eyes. It can occur in either one or both eyes. Some of the symptoms include blurry vision, sensitivity to bright lights, frequent perception of halos and rings around light entering the eye, dim and hazy colours, double vision or diplopia, frequent changing of power for glasses and lenses etc.

The relation between aging & cataract
Cataract typically is a result of aging. According to the National Blindness and Visual Impairment Survey India 2015-19, cataract is the leading cause of blindness in people above 50 years. It is behind 66.2% blindness cases, 80.7%severe visual impairment cases and 70.2 per cent moderate visual impairment cases in this age group. At the same time, cataract can also be caused by some eye disease or an injury. Importantly, some children are also congenitally cataract patients.

Non-eye related factors that aggravate the risk
While cataract is purely an ocular condition, there are certain non-eye related factors that aggravate the risk of getting this disease. For instance, if you expose your eyes excessively to the sun or any radiation without protection, you risk making things worse. Or if you have been taking steroids or if you are a smoker, the risk for getting cataract increases. At the same time, some non-communicable lifestyle diseases such as diabetes can also accelerate development of cataract.

How does cataract impact your eyes?
In the normal course, your vision slowly and progressively begins to weaken. Your day to day functioning of the eye increasingly becomes less efficient. If you fail to detect cataract at the right time and leave it untreated for long, it can lead to complications in the form of what is called hyper mature cataract. In this, the cortical material leaks through the capsule of the lens leaving the lens wrinkled and shrunken. This, in turn, can lead to a rise in the pressures in the eye, leading to secondary glaucoma which may permanently impair vision. However, under normal circumstances, cataract surgery is performed easily without the need for a patient’s admittance into the hospital and the patient can resume regular activities soon after the surgery.

Modes of treatment
In the early stages, regular eyeglasses can help. Lifestyle modification measures such as getting the room or the place better lighting, wearing anti-reflective glasses during night driving can help to a certain extent when the cataract is at an early stage of development. However, even after these measures if you are having difficulty in reading, or in driving or any regular household or official activity, you need to go for surgery. The most commonly performed surgery in the current times,  particularly in the urban areas is Phacoemulsification which can be done with or without the assistance of Femtosecond Laser for added precision. A safe and low-cost alternative in the rural scenario is the Manual Small Incision Cataract Surgery (SICS). Cataract surgery is one of the most commonly performed surgeries in India.

High number of cataract surgeries in the country
Importantly, more cataract surgeries are being conducted in India than the US, Europe and China put together.  According to National Health Profile 2019 issued by the Central Bureau of Health Intelligence under Ministry of Health and Family Welfare, against a target of 6.6 million cataract operations, 6.4 million operations were conducted in the year 2017-18. While UP, Gujarat and Maharashtra were states where most operations were done, at 9.48 lakh, 7.8 lakh and 6.8 lakh respectively, some of the north-eastern states and other smaller states had recorded a modest number of operations.

Barriers to care
As regards barriers to care, while cost has been one big barrier, lack of awareness is another major reason behind such high prevalence of cataract in the country. Also, poor infrastructure or non-availability of equipped operation theatre for ophthalmic microsurgery in rural and remote areas and the low presence of trained ophthalmologists in the country are other barriers to access care.
Therefore, while it is up to the healthcare authorities to improve infrastructure and mount awareness campaigns to address cataract, lay people should also be equally alert to this condition. 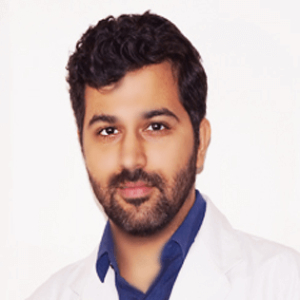