Effect of Screen Time on the Eyes

Computer screens have always been the proverbial double edged swords where on the one hand they help us with all sorts of activities from business to entertainment from health consultations to online courses from stocks and finance to online shopping, while on the other hand they have a major role in creating health issues especially for the eyes.

It was alright till the time computers were lying in one room and we could access them only when we would wind up with our day and spend some time. But today computer screens are before our eyes almost through out our awake time in the form of mobiles, tabs, laptops, office screens and even watches! The effect it creates has not only become stronger but also longer and all to the detriment of the users eyes!

First of all we all have what is known as Computer Vision Syndrome (CVS) ranging from mild to severe. It involves eye redness, dryness, grittiness, tiredness along with headaches, sleepiness, eye pain, shoulder and back pain and blurring of vision for both near and distance. This leads to decreased productivity and non resolving symptoms to the affected person.

In children, especially those who spend a long time on the mobile phone playing games, along with the effect it has on memory and logical thinking, screen time increases the chances of inducing high refractive errors ( high power glasses ) which in the long run have their own problems and complications.

Also due to constant eye rubbing due to tiredness there are high chances of eye infections including styes and conjunctivitis which can also spread to others due physical contact with the touched hands.

In some people especially the old with less space in their eyes (narrow angles) constant near work can precipitate an attack of acute glaucoma which presents as severe pain, redness and blurring of the vision. It is an emergency and may require admission and laser treatment.

Some people also suffer from dark circles and wrinkles around their eyes not only due to lack of sleep but probably also because of blue light of the computer screens. Blue light is also known to affect sleep patterns and cause retinal issues in the long run. This may include age related retinal changes and central vision issues.

Of all these problems, dryness of eyes and spectacle dependence are the two most common problems. Dryness can cause constant gritty sensation, blurring due to dry spots and intermittent watering. Contact lenses increase the dryness even more and is not recommended for computer users. Spectacle power keeps changing in young users while in old it shows fluctuations which cause intermittent blurring.

Therefore it is recommended to reduce the screen time to the minimum possible and as much as is utmost necessary. Along with this the following precautions should be followed...

- Use antireflective glasses or screens
- Keep the computer at 45 degrees lower angle
- Blink the eye frequently
- Use eye moisturising eyedrops during and after screen time
- Eat lots of fresh green and red/ orange vegetables and fruits
- Follow the 20-20-20 rule which means every 20 minutes look at a distance of 20 metres for 20 seconds to give break to the eye muscles and the eye surface
- Do not sit before the AC directly
- Sleep for 7-8 hours and drink 2-3 litres of water every day
- Go out in the sunlight frequently especially for children as UV light has shown to reduce the chances of glass progression
- Limit mobile phones use in children to the minimum possible for overall development of the child, engage the child in alternate activities instead of scolding.


Following the above precautions one can take good care of their eyes, however if one faces eye problems, the best thing to do is to visit the eye doctor and not to self medicate in order to avoid wrong treatments and further aggravation. 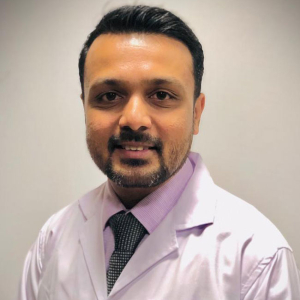